Dr. Ka Wai Kwok, Associate Professor of the Department of Mechanical Engineering at the University of Hong Kong (HKU) and members of his team have launched the spin-off company, Momentus Robotics Limited, which provides solutions of high-performance robotic actuation for use within the magnetic resonance imaging (MRI) environment.

The patented technology is a robust and low-friction hydraulic transmission system that allows efficient power transmission to robotic components between the MRI room and the control room, spanning distances of up to 10 m. The invention is magnetic resonance (MR)-safe, which means it contains no metallic components, allowing for completely safe operation in the MRI without negative effect on imaging quality. The technology has been utilized by Dr Kwok’s research group in over four different projects for MRI-guided robotic surgery, ranging from cardiac catheterization to functional stereotactic neurosurgery. In recognition of his contribution to the field of MR-based actuation technologies, Dr. Kwok was recently awarded the Actuators 2020 Young Investigator Award.

The spin-off company, Momentus Robotics was awarded the Technology Start-up Support Scheme for Universities (TSSSU@HKU) and is a member company of the Incu-Tech programme supported by the Hong Kong Science and Technology Park (HKSTP). The company was also admitted to the HKSTP-HKU iAXON deep tech incubator. Alongside development of their MR-safe motor platform, the company has made their first sale of a custom-made MR-safe motion platform for simulating patient breathing for validating treatment delivery protocols in 4D radiation therapy of tumors.

(Dr. Ka-Wai Kwok is the winner of the Actuators 2020 Young Investigator Award, selected by the editorial boards of journal – Actuators https://www.mdpi.com/journal/actuators/awards/865) 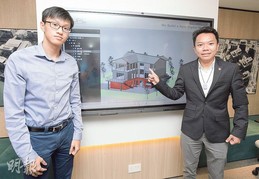 BIMwarehouse that reshapes the landscape of the Architecture, Engineering, Construction and the Owner operated (AECO) sectors 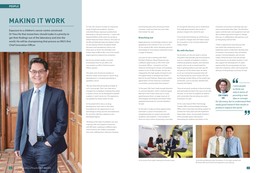 Making it Work - Exclusive Interview with Dr. Yiwu He 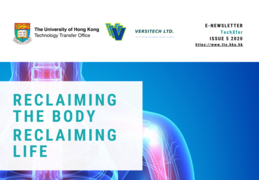